When on a voyage, this bird prepares to start for the Southern Ocean, the Celestial Lake. And in the Records of Marvels we read that when the peng flies southwards, the water is smitten for a space of three thousand li around, while the bird itself mounts upon a great wind to a height of ninety thousand li, for a flight of six months' duration. 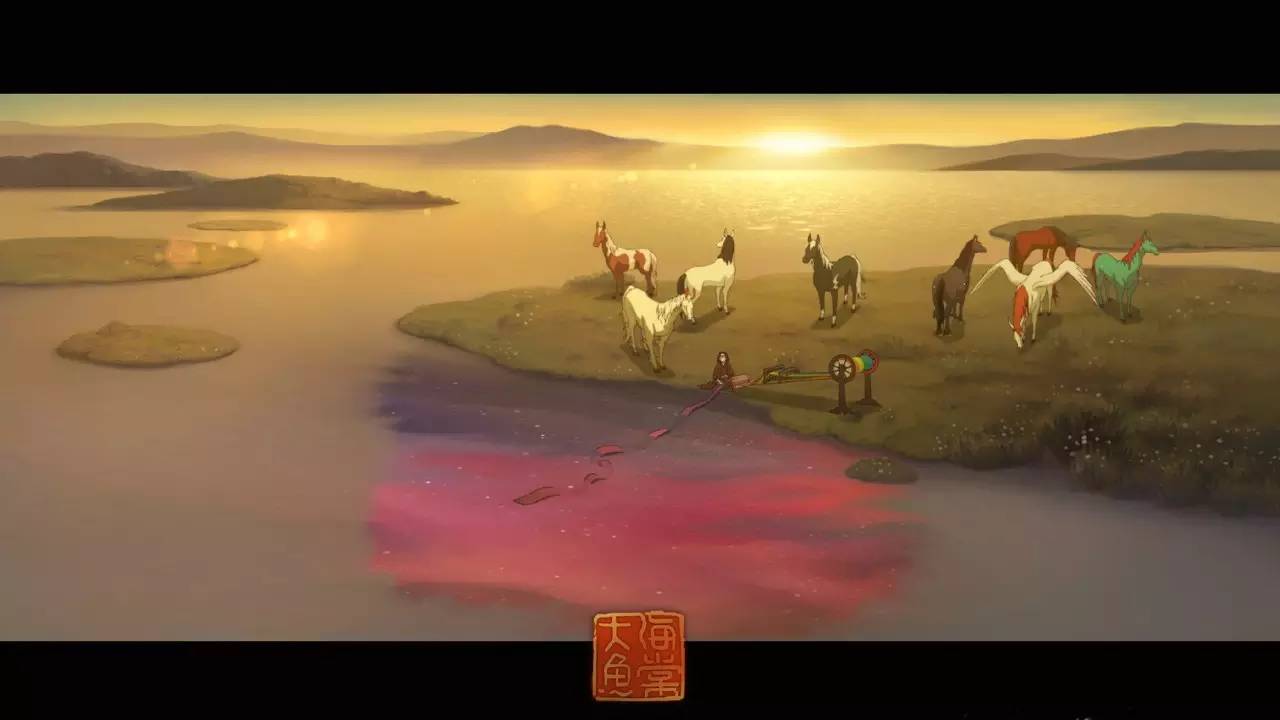 There mounting aloft, the bird saw the moving white mists of spring, the dust-clouds, and the living things blowing their breaths among them. It wondered whether the blue of the sky was its real color, or only the result of distance without end, and saw that the things on earth appeared the same to it.

If there is not sufficient depth, water will not float large ships. Upset a cupful into a hole in the yard, and a mustard-seed will be your boat. Try to float the cup, and it will be grounded, due to the disproportion between water and vessel. 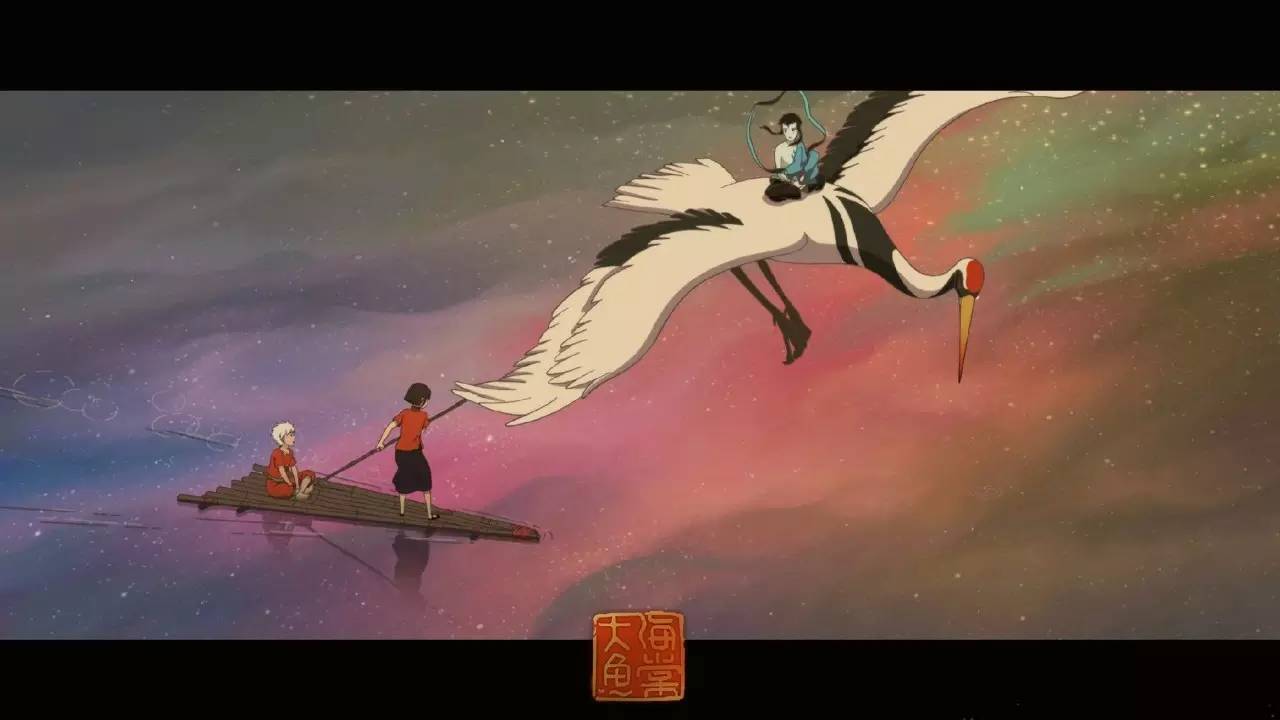 So with air. If there is not sufficient a depth, it cannot support large wings. And for this bird, a depth of ninety thousand li is necessary to bear it up. Then, gliding upon the wind, with nothing save the clear sky above, and no obstacles in the way, it starts upon its journey to the south.

A cicada and a young dove laughed, saying, "Now, when I fly with all my might, 'tis as much as I can do to get from tree to tree. And sometimes I do not reach, but fall to the ground midway. What then can be the use of going up ninety thousand li to start for the south?" He who goes to the countryside taking three meals with him comes back with his stomach as full as when he started. But he who travels a hundred li must take ground rice enough for an overnight stay. And he who travels a thousand li must supply himself with provisions for three months. Those two little creatures, what should they know? 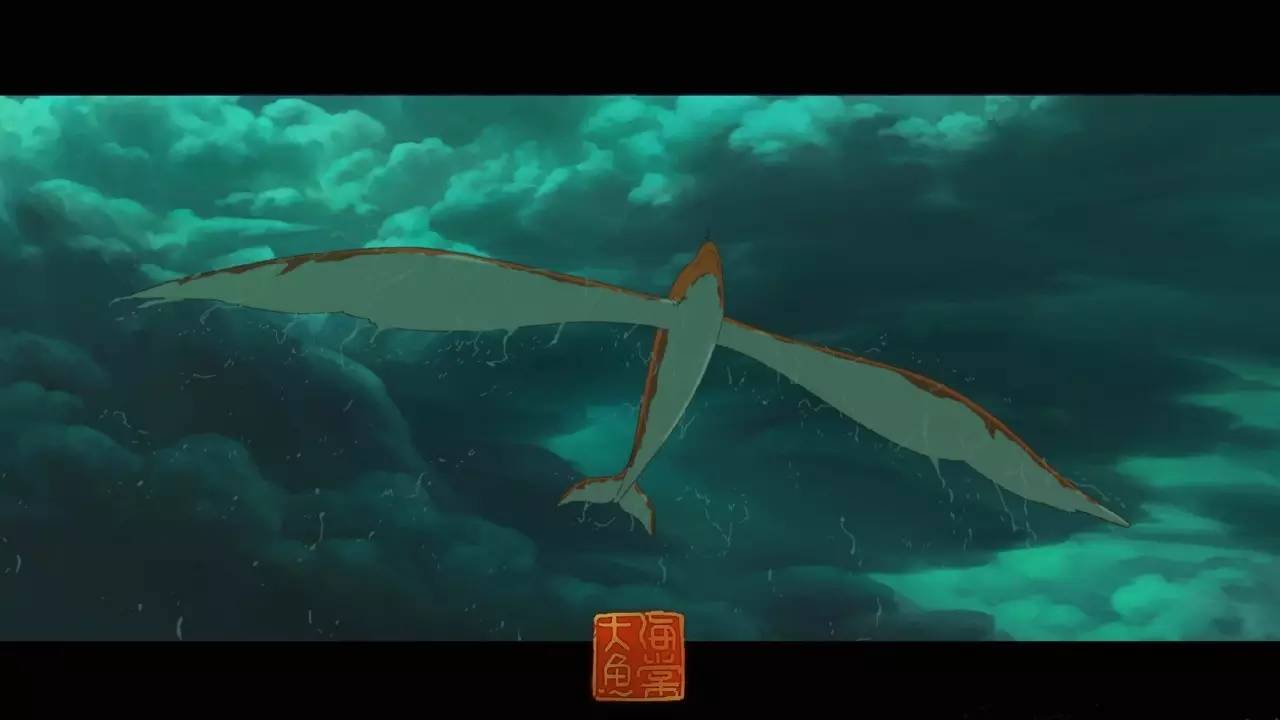 Small knowledge has not the compass of great knowledge any more than a short year has the length of a long year. How can we tell that this is so? The fungus plant of a morning knows not the alternation of day and night. The cicada knows not the alternation of spring and autumn. Theirs are short years. But in the south of Chu there is a mingling (tree) whose spring and autumn are each of five hundred years' duration. And in former days there was a large tree which had a spring and autumn each of eight thousand years. Yet, Peng Tsu is known for reaching a great age and is still, alas! An object of envy to all!

It was on this very subject that the Emperor Tang spoke to Chi, as follows: "At the north of Chiungta, there is a Dark Sea, the Celestial Lake. In it there is a fish several thousand li in breadth, and I know not how many in length. It is called the k’un. There is also a bird, called the p’eng, with a back like Mount Tai, and wings like clouds across the sky. It soars up upon a whirlwind to a height of ninety thousand li, far above the region of the clouds, with only the clear sky above it. And then it directs its flight towards the Southern Ocean. " 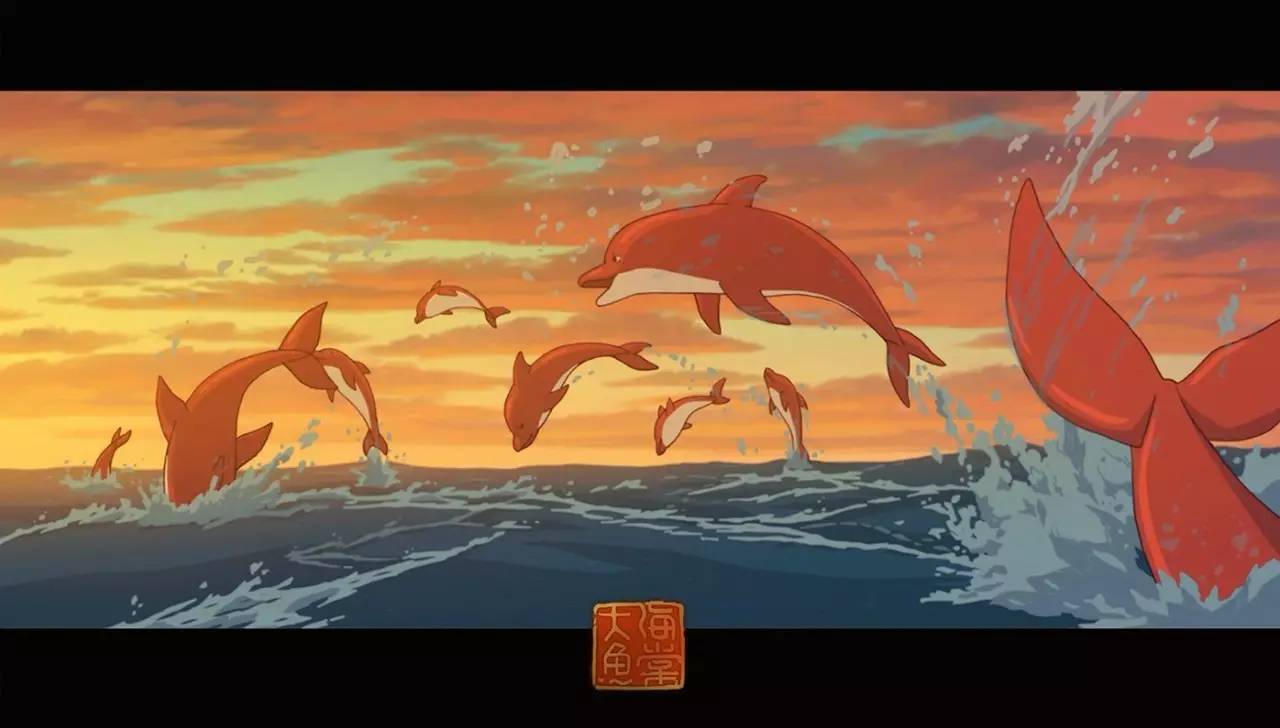 And a lake sparrow laughed, and said: Pray, what may that creature be going to do? I rise but a few yards in the air and settle down again, after flying around among the reeds. That is as much as any one would want to fly. Now, wherever can this creature be going to?" Such, indeed, is the difference between small and great.

Take, for instance, a man who creditably fills some small office, or whose influence spreads over a village, or whose character pleases a certain prince. His opinion of himself will be much the same as that lake sparrow's. The philosopher Yung of Sung would laugh at such a one. If the whole world flattered him, he would not be affected thereby, nor if the whole world blamed him would he be dissuaded from what he was doing. For Yung can distinguish between essence and superficialities, and understand what is true honor and shame. Such men are rare in their generation. But even he has not established himself.

Now Liehtse could ride upon the wind. Sailing happily in the cool breeze, he would go on for fifteen days before his return. Among mortals who attain happiness, such a man is rare. Yet although Liehtse could dispense with walking, he would still have to depend upon something.

As for one who is charioted upon the eternal fitness of Heaven and Earth, driving before him the changing elements as his team to roam through the realms of the Infinite, upon what, then, would such a one have need to depend?

Thus it is said, "The perfect man ignores self; the divine man ignores achievement; the true Sage ignores reputation."

The Emperor Yao wished to abdicate in favor of Hsu Yu, saying, "If, when the sun and moon are shining, the torch is still lighted, would it be not difficult for the latter to shine? If, when the rain has fallen, one should still continue to water the fields, would this not be a waste of labor? Now if you would assume the reins of government, the empire would be well governed, and yet I am filling this office. I am conscious of my own deficiencies, and I beg to offer you the Empire."

"You are ruling the Empire, and the Empire is already well ruled," replied Hsu Yu. "Why should I take your place? Should I do this for the sake of a name? A name is but the shadow of reality, and should I trouble myself about the shadow? The tit, building its nest in the mighty forest, occupies but a single twig. The beaver slakes its thirst from the river, but drinks enough only to fill its belly. I would rather go back: I have no use for the empire! If the cook is unable to prepare the funeral sacrifices, the representative of the worshipped spirit and the officer of prayer may not step over the wines and meats and do it for him."

Chien Wu said to Lien Shu, "I heard Chieh Yu: talk on high and fine subjects endlessly. I was greatly startled at what he said, for his words seemed interminable as the Milky Way, but they are quite detached from our common human experience."

"What was it?" asked Lien Shu.

"He declared," replied Chien Wu, "that on the Miao-ku-yi mountain there lives a divine one, whose skin is white like ice or snow, whose grace and elegance are like those of a virgin, who eats no grain, but lives on air and dew, and who, riding on clouds with flying dragons for his team, roams beyond the limit's of the mortal regions. When his spirit gravitates, he can ward off corruption from all things, and bring good crops. That is why I call it nonsense, and do not believe it."

"Well," answered Lien Shu, "you don't ask a blind man's opinion of beautiful designs, nor do you invite a deaf man to a concert. And blindness and deafness are not physical only. There is blindness and deafness of the mind. His words are like the unspoiled virgin. The good influence of such a man with such a character fills all creation. Yet because a paltry generation cries for reform, you would have him busy himself about the details of an empire! "Objective existences cannot harm. In a flood which reached the sky, he would not be drowned. In a drought, though metals ran liquid and mountains were scorched up, he would not be hot. Out of his very dust and siftings you might fashion two such men as Yao and Shun. And you would have him occupy himself with objectives!"

A man of the Sung State carried some ceremonial caps to the Yueh tribes for sale. But the men of Yueh used to cut off their hair and paint their bodies, so that they had no use for such things.

The Emperor Yao ruled all under heaven and governed the affairs of the entire country. After he paid a visit to the four sages of the Miao-ku-yi Mountain, he felt on his return to his capital at Fenyang that the empire existed for him no more.

Hueitse said to Chuangtse, "The Prince of Wei gave me a seed of a large-sized kind of gourd. I planted it, and it bore a fruit as big as a five bushel measure. Now had I used this for holding liquids, it would have been too heavy to lift; and had I cut it in half for ladles, the ladles would have been too flat for such purpose. Certainly it was a huge thing, but I had no use for it and so broke it up."

"It was rather you did not know how to use large things," replied Chuangtse. "There was a man of Sung who had a recipe for salve for chapped hands, his family having been silk-washers for generations. A stranger who had heard of it came and offered him a hundred ounces of silver for this recipe; whereupon he called together his clansmen and said, 'We have never made much money by silk-washing. Now, we can sell the recipe for a hundred ounces in a single day. Let the stranger have it.'

"The stranger got the recipe, and went and had an interview with the Prince of Wu. The Yueh State was in trouble, and the Prince of Wu sent a general to fight a naval battle with Yueh at the beginning of winter. The latter was totally defeated, and the stranger was rewarded with a piece of the King's territory. Thus, while the efficacy of the salve to cure chapped hands was in both cases the same, its applications were different. Here, it secured a title; there, the people remained silk-washers. Now as to your five-bushel gourd, why did you not make a float of it, and float about over river and lake? And you complain of its being too flat for holding things! I fear your mind is stuffy inside." 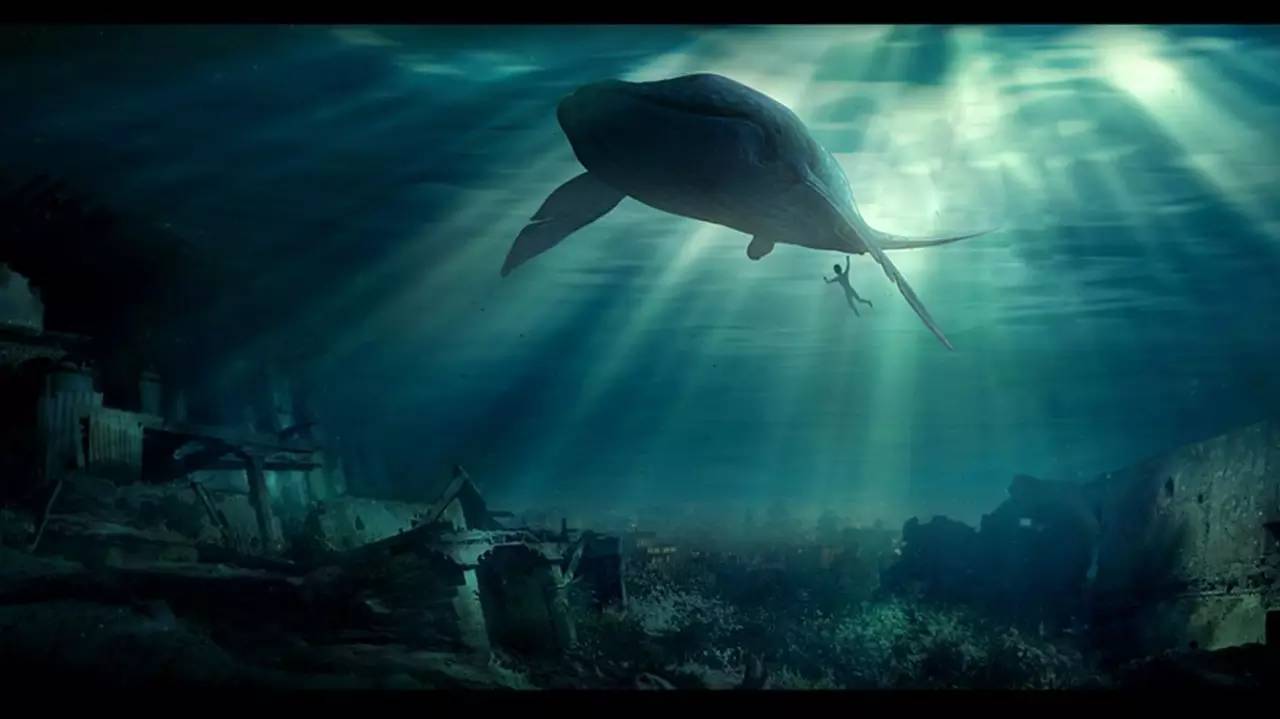 Hueitse said to Chuangtse, "I have a large tree, called the ailanthus. Its trunk is so irregular and knotty that it cannot be measured out for planks; while its branches are so twisted that they cannot be cut out into discs or squares. It stands by the roadside, but no carpenter will look at it. Your words are like that tree -- big and useless, of no concern to the world."

"Have you never seen a wild cat," rejoined Chuangtse, "crouching down in wait for its prey? Right and left and high and low, it springs about, until it gets caught in a trap or dies in a snare. On the other hand, there is the yak with its great huge body. It is big enough in all conscience, but it cannot catch mice. Now if you have a big tree and are at a loss what to do with it, why not plant it in the Village of Nowhere, in the great wilds, where you might loiter idly by its side, and lie down in blissful repose beneath its shade? There it would be safe from the axe and from all other injury. For being of no use to others, what could worry its mind?" 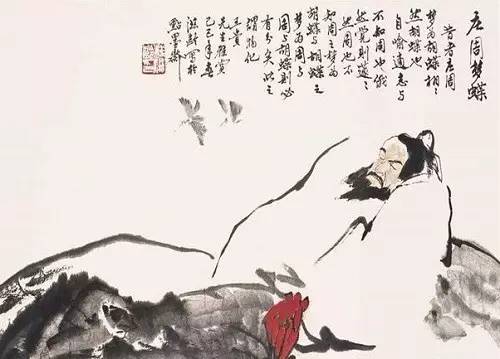 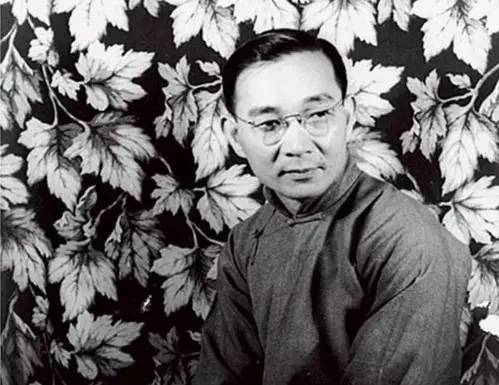 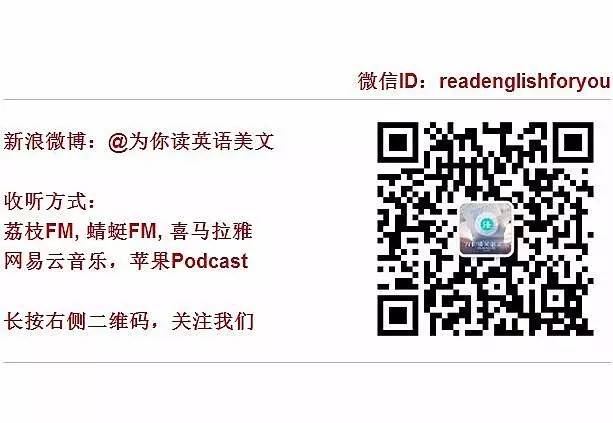